based in
South Lake Tahoe, CA Acquired in 2019 by Middleby ($MIDD).
‍
Brava is an amazing product and company. I'm really proud of what we have accomplished.

If you aren't familiar, it's kind of like bringing a personal chef into your kitchen. It has many thousands of built-in recipes. It cooks with focused infrared light in six different zones, controlled by some fancy software and orchestrated by Brava chefs. With the unique power control system Brava is able to exactly replicate recipes no matter the voltage available in your house. Did you know some houses in the US only have 110V and some have 125V? Cooking appliances don't typically account for that difference.

Brava raised a series A in 2017 after proving the novel cooking hardware was feasible. Beyond the cooking system itself now lies a massive array of software. Brava is built on a custom Linux OS with various processing handling computer vision, sensors, always-on internet, and of course the UI.

The bar for a consumer IoT product is high. I was responsible for architecting, and building some of, well, all the high-level software. This included an always-on connection, real time telemetry, video streaming, analytics pipelines, log pipelines, web and mobile apps, custom eCommerce, custom Linux OS's, background processing, various web services, databases, data warehouses, over the air updates, and DevOps.

After the acquisition in 2019 I became VP and Head of Engineering, overseeing all software development except the low-level device software. I hired and managed a number of Software Engineers from LatAm to augment our existing team to great success and worked closely with the Product and Executive team to ship many new features.
‍
Check out Brava 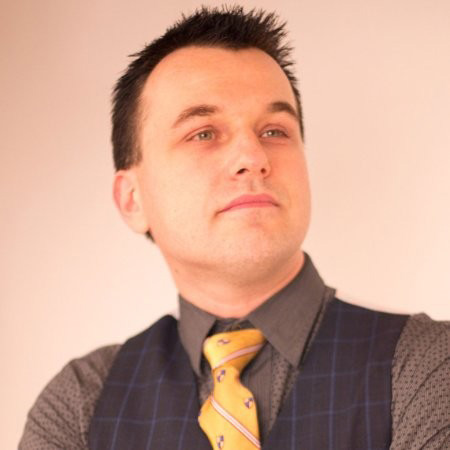 In the never-ending whirlwind of startup challenges JD is a living example of a Silicon Valley super rockstar. Starting from writing massively scalable architectures for our web-game servers & making ground-breaking research on solid-state drive databases JD would just learn new technology in an instant and become an expert to create a high-performance Flash visualization engine in a matter of weeks. Awesome developer, great architect, excellent technical mentor, all around rockstar! 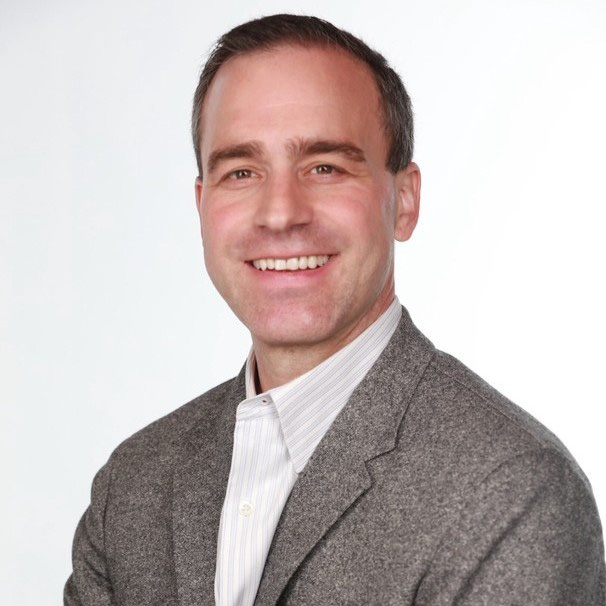 Had the pleasure of having JD as an advisor on technology and business strategy. Most of the time, advice like this is pretty generic and not super helpful. JD’s guidance was actionable, relevant and non-consensus, and he was right. One of those you remember for years and seek opportunities with again. 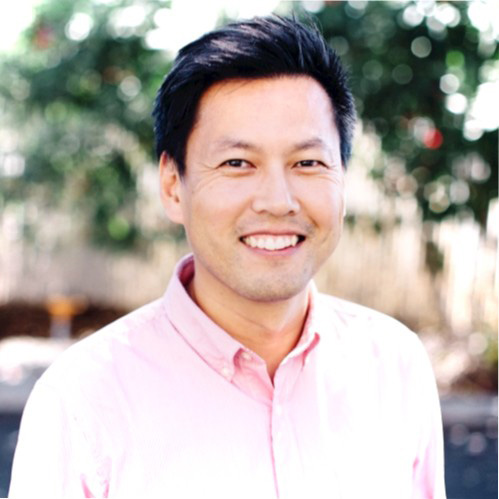 JD is an exceptional engineering leader. He’s a rock-solid coder with a solid understanding of various technologies. Don’t call yourself a “full stack engineer” in front of JD unless you really know your stuff :) While his design approaches are incredibly structured and disciplined, he is also very pragmatic when it comes to “building s%#t that just works”, which makes him an incredible asset to any organization. JD is also great with thinking about products & pain points as a consumer, not as an engineer. This is easier said than done! It’s rare to find someone with such talent even in Silicon Valley, so I feel very fortunate that I had multiple opportunities to work with him closely.

I highly recommend JD to any organizations that wish to build stuff that works. 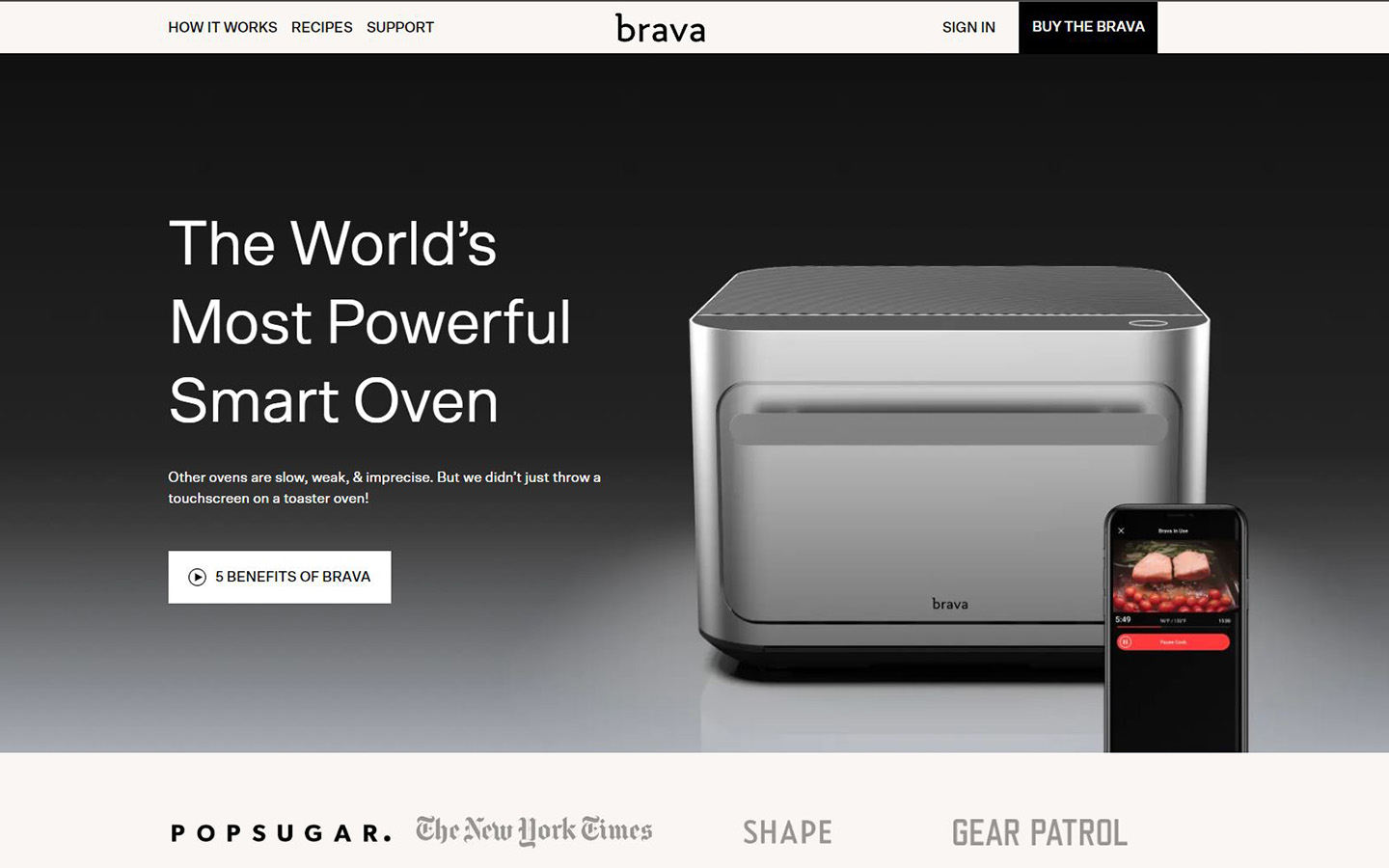 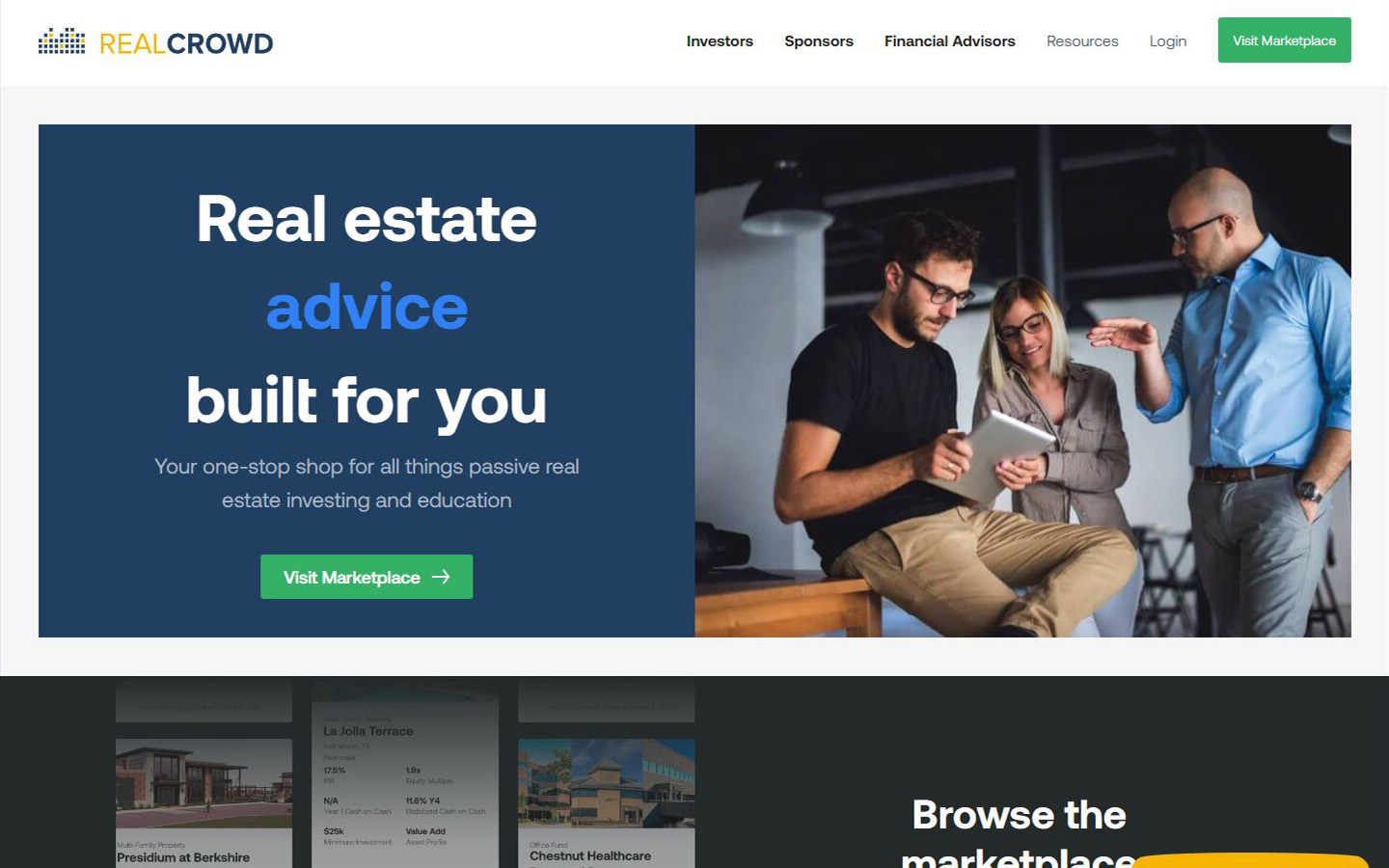 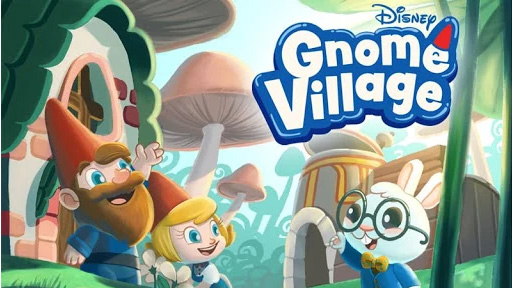 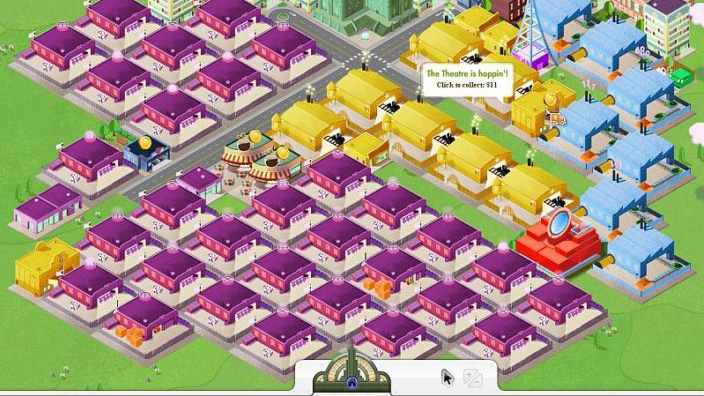 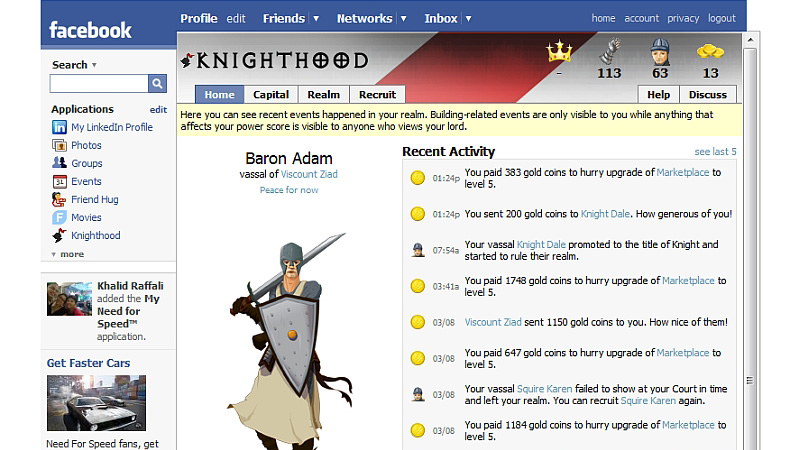 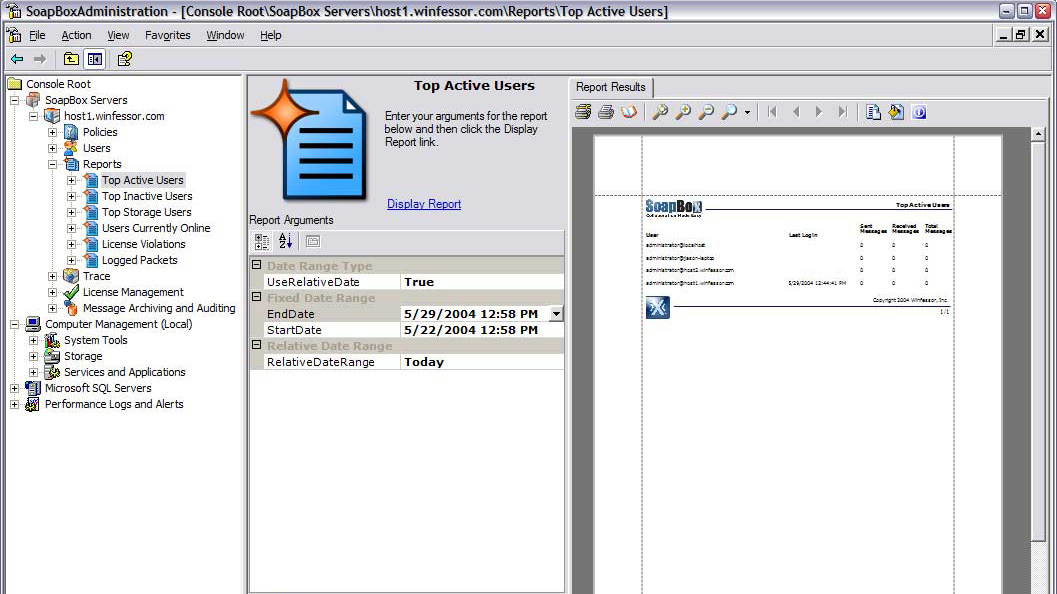 What problem are you solving? Get to the root of it. People often get stuck in one line of thinking or constrain the solution to a problem within the status quo. I coach teams to break out of that mindset. Challenge the status quo.

The products we create as a startup are not built for us. They are built for a customer. People have a tendency to get too close to a product and forget about the ultimate goal. Whenever you build something ask yourself if it is something people want.

It's easy for product teams to get caught up in engineering for engineering's sake. As a new startup you don't need microservices, an async event queue, 100% coverage unit tests, or perfect CSS. You're going to rewrite many things anyway. Choose your code abstractions wisely and leave room to grow without slowing you down. Prefer buying/OSS software over building it unless it's the core value of your business.

Shipping is scary. Your work is going in front of customers. They might not like it. You know it's not perfect. Some entitled free-tier user is going to complain on Twitter. But this is how we get feedback and learn what customers really want. Setup systems and SOPs in a way that allows you to ship as often as possible with good quality.

Miscommunication, ignorance, or a lack of communication is often interpreted as mal intent. It's paramount to assume your team has good intentions and is making their best effort for the company so you can work together toward the best solution. If anyone proves otherwise, fire them.

Tell your team how much cash is in the bank. Communicate your values and goals incessantly. Let them know about your big wins and, more importantly, big losses. You are in it together. The last thing you want is people in your company making assumptions when you could provide facts.

I grew up in a farming town on a farm. I knew nothing of Silicon Valley or startups. My parents bought me a computer at a young age and let me explore. The rest is their fault.

I got my start shipping software in high school in the 90's by writing apps that automated AOL. I was in a chatroom and saw people scrolling ASCII art, got curious about how, and the rest is history. I taught myself to code by trial and error and with the help of other curious kids in chatrooms, one that happened to live less than a mile from me.

I was most well-known for some defensive software that stopped an assailant from remotely crashing your AOL client, kicking you offline -- both a pint and a punt, if you're down with the AOL prog lingo. This was my first experience with demanding customers, bug reports, and the joy of building things people want.

I graduated high school in 1998 having turned 17 a month earlier, lost my driver's license for three months after too many speeding tickets, and started Community College. I dropped out in the second semester out of boredom. A family friend knew I coded and got me an interview for my first job at Malibu Boats. I made $9/hr. That was more than anyone else my age that I knew of. I was rich. It was there I first learned that databases existed, Y2K bugs were a thing, Active Directory is a beast, and manufacturing companies care deeply about their BOM costs.

This time of my career is when things really accelerated. I found out I could make a lot more than $9 per hour now that I was a "Professional" and did a couple contract roles through a staffing firm at EJ Gallo Winery and The Associated Press. I also hooked up with a consulting firm that built software for the State of California. I led a team that rewrote the California Unclaimed Property website to modern tech and saved the state a ton of money on licenses and hosting. I was exposed to some great, highly experienced engineers, that built software in a much more professional way. There were plans, goals, and some things were even written down.

In 2002 I joined up with a couple of the guys I was working with, and we started our first startup in Sacramento, CA. They were quite a bit more experienced than I was and I learned a ton from them about building high scale consumer-grade products. We built a ridiculous amount of software and sold it to SMB, the government, and even some to consumers.

We bootstrapped, then we raised some funding, then we bootstrapped some more. It was a test of wills. In the end there was small exit and a lot of debt.

Want to play our games? Then give us your friends or give us your wallet. This was the heyday of social and mobile gaming and my introduction to Silicon Valley. I leveraged my experience building high scale software for my first startup to get a Chief Software Architect, that eventually turned into CTO when we were acquired, gig at a small social gaming startup that was struggling to keep up with the load.

We made a bunch of games, served millions of users, invented some amazing technology, and were acquired by Playdom and then Disney. Another exit, no debt. I shouldn't have sold that Disney stock.

At Disney I helped teams do hard things, built central technology, shipped a couple of stupidly profitable games, and got into cross platform development. It was here that I was introduced to hard core statistics and analytics applied to both marketing and product design.

Oh, I also traveled the US in an RV with my wife and kids for nearly a year. I was a digital nomad before that was a thing.

In 2013 I was introduced, by the first employee we hired at my 2002 startup, to some commercial real estate guys that had an idea. As a software person you get pitched a lot of ideas and people always want your help to build stuff. Their idea was good, and they were smart and got stuff done.

RealCrowd got into YCombinator for the summer of 2013 batch. My daughter also fell out of a 3rd story window and broke her neck on Mother's Day, just before the batch started. She's perfectly fine now. This was a trying summer.

We raised capital and built out the first direct investment commercial real estate marketplace. For our first deal you could buy a chunk of mixed retail/office building in San Francisco and get your share of the rent, as well as the tax benefits.

After four years I left RealCrowd for my next adventure and sold the company back most of my equity at a steep discount. I wanted to make sure their cap table was setup for future hiring. It's still running, led by two of the other cofounders.

Remember that 2010 acquisition of our social gaming startup? Well, the CEO of the acquiring company and one of the cofounders were now building Brava. They proved the hardware could work and raised a Series A to start manufacturing and building software. I guess I didn't do a horrible job at Disney because they hired me to be the lead on most of the software. We shipped an amazing product and sold the company in 2019. Brava continues to evolve and improve every day. Some great new products are coming soon!

And that leads us to today. Taking a step back from the demands of a startup has given me a bit of free time to help you make something people want.

I'm a partner in Pioneer Fund and Orange Fund where I do some very-part-time research and investor things. I also write tiny checks on my own.

Brewing your own beer is fun!

Come hang out in Tahoe! We have nitro cold brew coffee on tap at the office. 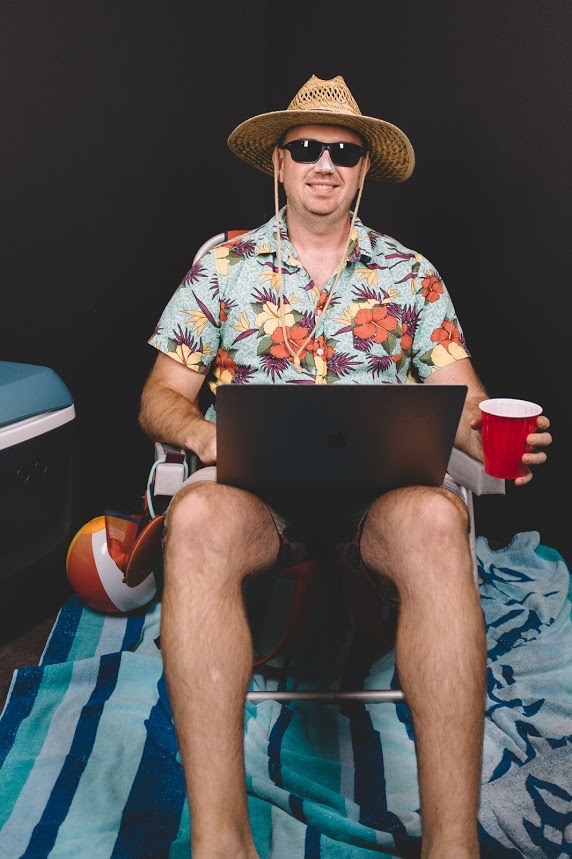 I'm available for part time things. Rates are negotiable with partial equity compensation. If it doesn't take much time, I'll be happy to do it for free. This is the way.

Stuff You Can Ask Me to Do